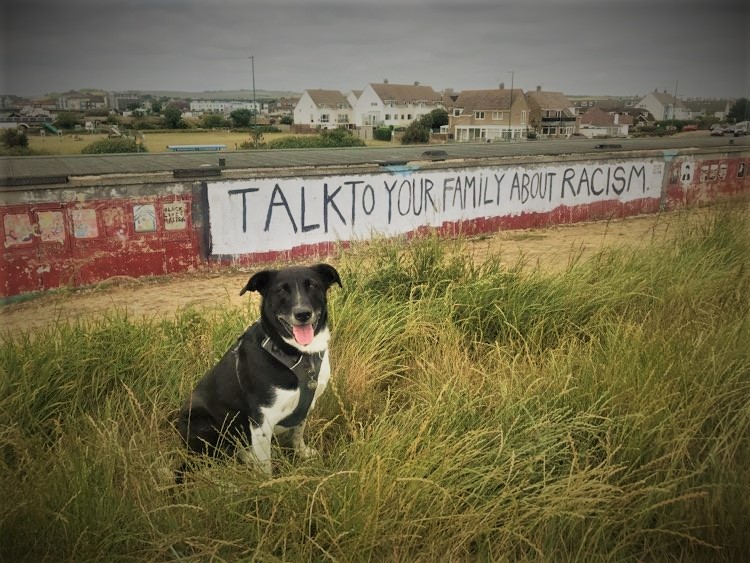 I believe it was Aristotle who once said, “Opinions are like assholes…everybody has one”. And although my citation might require a bit of fact checking, the rest seems pretty on point.

I believe it was Aristotle who once said, “Opinions are like assholes…everybody has one”.  And although my citation might require a bit of fact checking, the rest seems pretty on point.

I like dogs better than cats.  I think onions are God’s worst invention.  I don’t understand the whole fuss about Star Wars.  I believe in life after death.  I get really creeped out in carpet stores.  And while perhaps you might not share all of these opinions, effectively we could have a few cute conversations on such matters, agree to disagree, and get on with the rest of our day.

The opinions of other people should not define our own reality.  Want to test this philosophy?  Do me a favour and search your favourite travel destination or hotel on Tripadvisor and scroll through the ‘terrible’ reviews.  Not only will this prove that the opinions of other people do not define your reality, but I promise you it is comedy gold.  I’ve looked up the most epic beach I have been to…only to read a complaint about there being too much sand and not a good place to swim because the ocean had fish.  I’ve looked up a kick ass hotel that had a dreamboat of a kitchenette…only to read a complaint that the kitchen was not fully equipped, as advertised, because it did not have an egg slicer.  Eiffel tower?  “Looked the exact same as online photos”.  Colosseum?  “Didn’t serve alcohol”.  Niagara Falls?  “Boring”.  Machu Picchu?  “Kinda old for my taste”.

The internet is a cesspool of opinion.  Which, normally, I can deal with in small doses (small price to pay for memes, amirite?)…but this week has been challenging.  This week I have observed a number of individuals, whom I know personally, using social media to openly share their “opinions” about the Black Lives Matter movement and the George Floyd protests.  Why the sudden air quotes, counsellor?  Ahhhh…good point…I suppose it’s because racism cannot be a matter of opinion.  It is a matter of morality.  It is a matter of equality.  It is a matter of justice.  And whilst I recognize that these are also matters of judgment, just as opinions are, there are only two sides of the coin: for equality or against equality.  There isn’t really an in between here.  Because if we measured equality as a fraction, say 50/50, the moment that fraction changes even the slightest, say 51/49, that fraction ceases to be equal.  I’m pretty sure.  Math ain’t my thing.

Now, don’t get me wrong, the opinions I have struggled to respect this week are not overtly racist.  In fact, they aren’t even intentionally racist.  Misinformed?  Yup.  Ignorant?  For sure.  Harmful?  You bet…because you don’t need to prance around in a stupid white hood to be contributing to the problem.

Generally, I believe that deleting someone off of social media who is clearly in need of more information eliminates a platform for that information to be shared.  However, I admittedly pushed the Del button on someone this week because my emotional reactions to her posts were narrowing my arteries and deepening my crow’s feet.  This person was not a relative.  She was not a friend.  She was not an acquaintance.  Oh trust me, a few of them had some very special posts as well.  No, the person I deleted was another counsellor. The extraordinary Maya Angelou once said, “When you know better, you do better”…and even though this person should know better, even though she is clearly in need of more information, I also recognized my need for boundaries on this one.

I felt moved to write this blog in order to bring awareness to an issue which is unfortunately quite pervasive within the wellness community…and that is the subject of toxic spirituality.  Otherwise known as spiritual bypassing, toxic spirituality is used as a means of escaping, avoiding, or suppressing uncomfortable feelings or topics.  At its core, toxic spirituality is like any other form of avoidance that rewards us with a false sense of security and happiness, at the expense of our deeper personal growth and authentic transformation.  And while the lingo and presentation can sometimes appear to be quite convincing, toxic spirituality is nothing more than a defense mechanism for the ego and exists within the shadow side of spirituality.

So that’s the definition.  What does it look like in real life?  It looks like some love and light, thoughts and prayers, good vibes only, high vibration, we are all one, everything is connected, only love is real, what you resist persists, violence is never the answer privileged bullshit.  And while that all sounds harmless enough, let me tell you, that mentality is not only problematic and empty but it is dangerous.  Dismissing life’s painful circumstances and subscribing to a mindset of “positivity at all costs” stifles the very emotions that require our attention, compassion, and action.

Unfortunately there is a lot of “self-help” material and online content that is actually a dissemination of toxic spirituality…and this is how it shows up in my counselling practice:

“I’ve been feeling really sad this week and having anxious thoughts…am I going to manifest bad things?”.

“I can stay positive for a few days, but then I lose it…what’s wrong with me?”.

“Of course I didn’t want to be raped, but did I attract it because of my energy?  It wouldn’t have happened if I was aligned with a higher frequency, right?”.

Toxic spirituality tiptoes around genuine suffering, it endorses a ‘blame the victim’ mentality, it dismisses trauma and injustice, and it circumvents accountability and necessary action.  And so, within the current discourse of the Black Lives Matter movement…when you read preachy posts or hear inconsiderate rants about how looting and rioting are not solutions or that we just need to remember that we are all one…please…PLEASE…recognize this as toxic spirituality.  Recognize this as an affirmation and perpetuation of privilege.  Recognize this as an attempt to make the issue of RACISM about something other than racism.

It can be subtle.  It can be hard to spot.  But it looks something like Colin Kaepernick taking a knee during the American anthem in a peaceful protest against police brutality and racism…and people somehow making it about disrespecting the flag.  It looks something like, as Trevor Noah precisely summarized, “police looting black bodies”…and people somehow making it about the looting of their local Target or the destruction of statues and monuments which were celebratory symbols of slavery and racism.

Toxic spirituality maintains that violence is never the answer and moralizes idealistic and overly detached pledges to absolute pacifism.  The trouble with this gorgeous idea, is that it comes from a place of privilege and judgement.  And hey…I completely and absolutely hope that peace, cooperation, compassion, and love will overcome the systemic and insidious forces of division and violence that are creating so much suffering in this world.  I pray that we will all become better listeners and better advocates and better human beings.  But who among us can actually vow a commitment to absolute pacifism?  It’s so easy to pretend that we ourselves would never choose violence. Real talk…if someone broke into my house and my only choices were to: a) use violence to save my family or b) assume the lotus position and radiate healing vibes amid their massacre…I’m not ashamed to say which one I’d go for.  But toxic spirituality immediately shames violence without an authentic understanding and appreciation of context.

Violence is not the preferred option…but ever so rarely it is the only option.  The whole “what you resist persists” mentality is definitely a relevant caution within the safety of a therapeutic setting when it comes to the avoidance of our own healing, the avoidance of choices we need to make, or the avoidance of seeing what truly needs to be seen.  But does this apply to tyranny and persecution as well?  I mean, resistance seemed to work pretty well against Hitler!?  I doubt a few free hugs and thoughts and prayers would have liberated the world from Nazi Germany and Imperial Japan but, hey…I can’t say for sure.  Wasn’t there.

Of course I am not in favour of looting, or rioting, or destruction.  I’m 100% not.  But do you know what I am more against?  Racism.  Police murdering innocent people.  Inequality and injustice.  Looting, rioting, and destruction are merely symptoms of what is really wrong and we cannot pass judgment as we cling ignorantly to our own privilege.  Imagine we approached medical care in this way?  Focusing on swollen feet instead of treating diabetes?  Focusing on chronic chest pain instead of performing heart surgery?  How many people would be dying unnecessarily!?  How many people are dying unnecessarily from racism?  All diseases have unpleasant symptoms.  The institutional, socioeconomic, and cultural disease of racism is no different.  Let’s focus on what needs to be healed instead of what a lack of healing looks like.

I am not pretending to have all the answers.  Because how can I?  Any difficulties, or challenges, or discomfort I have ever faced have had absolutely nothing to do with the color of my skin (my gender marker yeah, but hey, sis…that’s another blog!).

What I do know is this: without actionable efforts, love and light ain’t gonna do much to remedy complex issues of race, oppression, and degradation.  Being a “non-racist” isn’t sufficient either.  We need to be actively anti-racist.  We need to listen to those who are suffering and be accountable to them.  We need to be educated about the history of our racialized society and become more aware of the normalization of systemic racism.  We need to recognize our own privilege and creatively use it to effect conscious, positive change for everyone.

We are all one.  We are all connected.  But until we all feel that way…until we are all treated that way…the world needs to hear so much more from us.

This is an impromptu 6:46 minute lesson in American black history, systemic racism, and economics that would make even the most toxic of all spiritualists stick their “Love and Light” business cards back in their pockets.

Kimberly Jones is a screenwriter, director and young adult author, who co-authored the acclaimed novel, I’m Not Dying with You Tonight.  This woman is educated.  She is articulate.  Her pain is viscerally palpable.  Ms. Jones closes off the video with this admonition: “They are lucky that what black people are looking for is equality and not revenge”…and I am not sure I have ever been slapped so hard with humility.  Which is a good thing…because I think humility probably makes us better students. 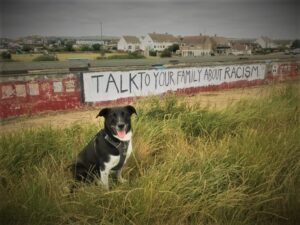 I believe it was Aristotle who once said, “Opinions are like assholes…everybody has one”. And although my citation might require a bit of fact checking, the rest seems pretty on point. 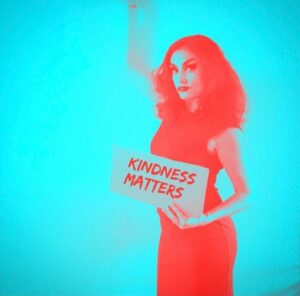 Since the inauguration of the Covid-19 lockdown in March, I have made some additions to my diet.